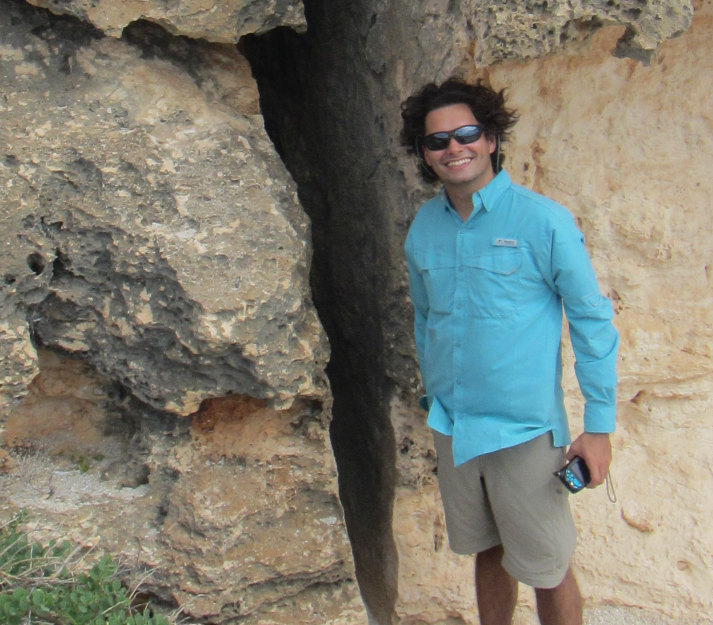 “Constantly aiming to fill a gap that exists between geosciences and applied mathematical-physics, I dream of interdisciplinarity and international collaboration as the basis of the applied sciences of the 21st century.”

Video by The University of Western Australia Media.

Thalles Araujo is an oceanographer with a Bachelor and two Masters degrees. Merging physical oceanography with coastal engineering, he combines real-time monitoring and operational forecasting to research coastal natural hazards. As a member of UWA Oceans Institute and UWA Institute of Data, he is part of a nation-wide project that is developing early-warning systems to protect Australia’s coastline. With this aim, he combines data-driven techniques and computer models to simulate the coastal oceans and forecast flooding and erosion in Western Australia.

Prior to the commencement of his PhD, Thalles spent nearly three years as a Physical Oceanographer and First Lieutenant at the Brazilian Navy, forecasting oceanographic conditions to ensure navigation safety across the Southwestern Atlantic Ocean. His passion for Australia began in 2015, when, working alongside USA researchers, he wrote an entire Masters degree dissertation about Hamelin Pool, Shark Bay, Western Australia – a remote area and Earth’s most abundant assemblage of marine living stromatolites, representatives of the first forms of life on Earth! Coming from South America’s largest university and with a Masters degree in Exploration Science – the science behind conducting scientific expeditions & fieldwork in remote areas –, he has eight years of professional experience as an oceanographer in: Australia, Bahamas, Brazil, Dominican Republic, Mozambique, Uruguay, and United States of America.

An avid autodidact, by the age of 12 Thalles had taught himself musical theory and how to play the piano; later on, from numerous programming languages to whole topics on advanced mathematics. By age 21 he had spent one year lecturing advanced calculus to a class of university colleagues. Parallel to his PhD degree, he researches theoretical continuum (fluid) mechanics and is currently developing a novel mathematical model for geophysical fluids (oceans, atmosphere, ice sheets & magma flows) and writing a book on it. He also currently acts as an instructor of the programming language Python to Portuguese-speaking countries (Angola, Brazil, Mozambique & Portugal) via UNESCO. Future ambitions include becoming a university Professor and coding software capable of seamlessly modelling geophysical fluids to forecast natural hazards in times of climate change – and helping those without these capabilities. Apart from science, he is a Divemaster who loves breathing weightless underwater and has composed & recorded over 20 songs for both personal and commercial purposes.