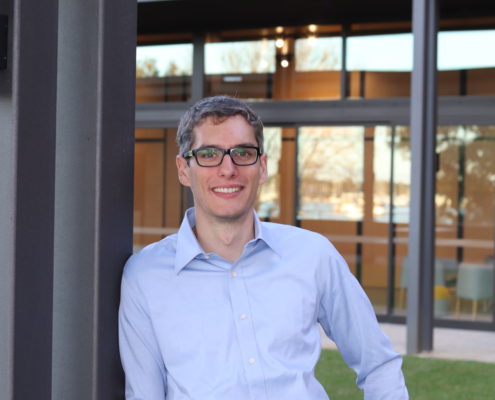 I am genuinely thankful for the opportunity to join Curtin University as a Forrest Fellow. It is a great way to establish personal connections with the world-class researchers at WA’s universities, including the wonderful team at Forrest Hall. I especially value the rare freedom of being able to explore and focus on my own research ideas without external pressures.

Peter’s research focuses on calculating electrical conductivity of novel materials in real world scenarios. While such properties can be measured experimentally, the ability to screen candidate materials accurately and quickly without costly synthesis is crucial for the development of novel compounds for batteries, solar cells, or semiconductors.

Peter will join the team of Prof. Julian Gale at Curtin University, who is an expert in the simulation of complex interfaces and development of accurate and affordable computational methods for biomineralisation and crystallisation.

The goal of the project is to produce a “cookbook” of computational methods for predicting electrical conductivity of materials under operating, real world conditions, incorporating the effects of the environment.

Peter completed his PhD at Imperial College London with Prof. Peter Lindstedt studying catalytic combustion, after which he moved to the University of Hannover working in computational chemistry, and later to the Fritz Haber Institute in Berlin focusing on catalysis.