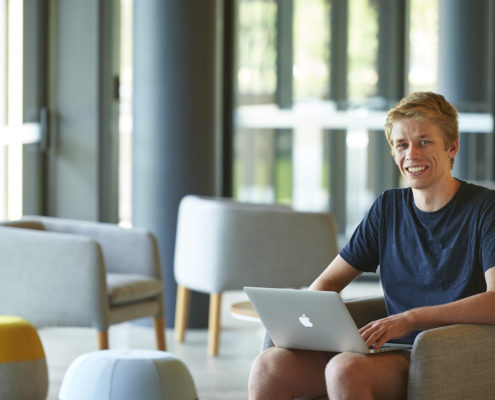 Electromagnetic radiation in the terahertz frequency has emerged as a novel candidate for a number of medical techniques including imaging and thermometry. Recently, research has shown that terahertz radiation induces biological responses when applied to cells in sufficient strength, including; a significant change in the expression of numerous mRNAs and microRNAs, and the triggering of specific intracellular canonical pathways.

My research will develop a detailed understanding of alternations to the genome, both structural and functional, in human cells in response to exposure by terahertz radiation.

This will facilitate the application of terahertz radiation to cells to promote specific cellular behaviour or chemistry, potentially extending to the development of treatments for diseases arising from modifications to the genome. Current treatments for many of these diseases are sub-optimal, such as in Alzheimer’s disease where the blood-brain inhibits the transfer of drugs from the bloodstream, while the development of radiation therapies offers a solution that does not experience this limitation.