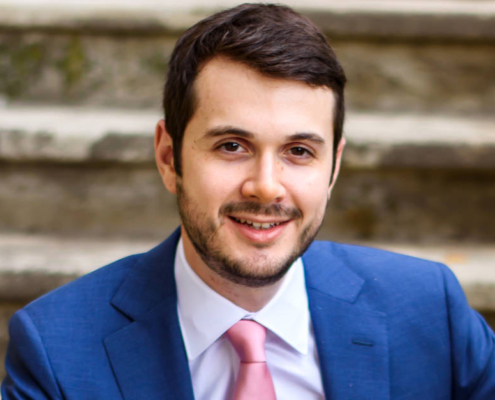 Dr Francesco De Toni is a linguist with strong experience in interdisciplinary research, especially in the areas of emotions and culture, and the digital humanities.

Dr Francesco De Toni holds a BA in Modern Letters and an MA in Modern Philology from the Catholic University of the Sacred Heart of Milan (Italy). In 2019, Francesco completed a PhD in European Languages and Studies at the University of Western Australia. In 2020, he worked in the Graduate Development Program of the WA Department of Health, while also holding an Honorary Research Fellowship at UWA.

Francesco’s PhD investigated the role of letter-writing in the construction of social ties in colonial Western Australia. He carried out my project at the UWA node of the ARC of Excellence for the History of Emotions. In his thesis, he demonstrated how epistolary communication maintained transnational networks of political and personal friendships that were instrumental in the prosperity of colonial Western Australia. As side projects to his PhD, Francesco studied the influence of societal change and science on the evolution of the concept of ‘emotion’ in Western culture. More recently, his research has focused on the role of emotion language in building religious group identities and on the study of large-scale cultural evolution in emotion language through machine learning algorithms.

Francesco’s research project for the Prospect Fellowship is HEAL’D – Health Emotions in Australia: Language and Discourse. In this project, he will study how Australians express and name their emotions when talking about health and illness. Through a mixed quantitative and qualitative approach, the project will investigate how culture influences linguistic models of emotional expression in health-related discourse, how these models spread across different media and social groups, and how they affect people’s ability to express and name emotions with regard to health and illness.