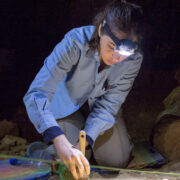 Growing up in Buenos Aires with its seductive but omnipresent noise and energy is about as far from the breathtaking wilderness of Western Australia’s remote Kimberley Region as you can get.

But for Ana Paula Motta her childhood in the birthplace of the tango, coloured by a lifelong love of animals, set the scene for what would become her quest 20 years on – exploring the contribution of animals to human identity among one of the oldest cultures on earth.

“Animals have always been part of our life, since the beginning of the human species, more than five million years ago,” the Forrest Scholar says.

“As an only child, I grew up fascinated by their ways. My father had 14 dogs when he was a child and I desperately wanted one. Before the age of eight, I had hamsters, pigmy pigs, turtles, quails, and fish! And then finally, I adopted a cat and a dog.”

Despite her menagerie, Ana says she had no idea then that studying animals would make up such a large part of her future.

“In my country meat consumption is deeply embedded into the culture and there’s a belief that caring for other species can’t be a priority when many people live under the poverty line,” says the now 31-year-old. “Animal rights and welfare aren’t really discussed.”

With an interest in hunter-gatherers and Indigenous studies, Ana decided on an undergraduate degree in Archaeology and Anthropology at Universidad de Buenos Aires.

“I was the first generation of my family to go to university,” she says. “One of my favourite units during this time was on South American Indigenous populations and Land Title Claims and I decided to pursue zooarchaeology for my Bachelor’s specialisation.”

As part of this, the young researcher worked in a small North-western Argentinian town for four years studying how past hunter-gatherers related to camelids, in particular guanacos.

She collected modern samples of camelids and plants to better understand how they moved in the landscape focussing on diet (studying stable isotopes) and ancient hunting practices.

While she eventually moved to a different sub-specialisation Ana says the lessons learnt would stay with her for a lifetime.

“That training is coming in very handy now,” she says. “Knowing how to collect information from animals’ bones to understand the diet they had and the environment they lived in gave me a very broad perspective and some great skills.”

In late 2014, Ana had a major life change when she moved to the UK to undertake a Master of Science in Palaeoanthropology and Palaeolithic Archaeology at University College London. Making the move with her, partner Bruno.

“We met in Argentina as undergrads and he’s also an archaeologist,” she laughs. “It’s very common in our discipline to marry another archaeologist – with all the time you spend away on digs, it’s the only way to see each other!”

Captivated with Australia’s Kimberley rock art, Ana decided to write her thesis about it – specifically on analysing human depictions and how different artists and groups engaged with one another through art. It was to be a busy, productive time.

“While I was in the UK, I also worked for Archaeology South East doing consulting work, for Equality Focus working as an assistant for disabled university students and as a student volunteer doing excavations and rock art recordings of Upper Palaeolithic Caves in Southern France,” she says. Then, a chance meeting at a conference was to change her life again.

“While I was living in London, I met my current supervisor Peter Veth who encouraged me to apply for a scholarship to undertake a PhD at the University of Western Australia.” 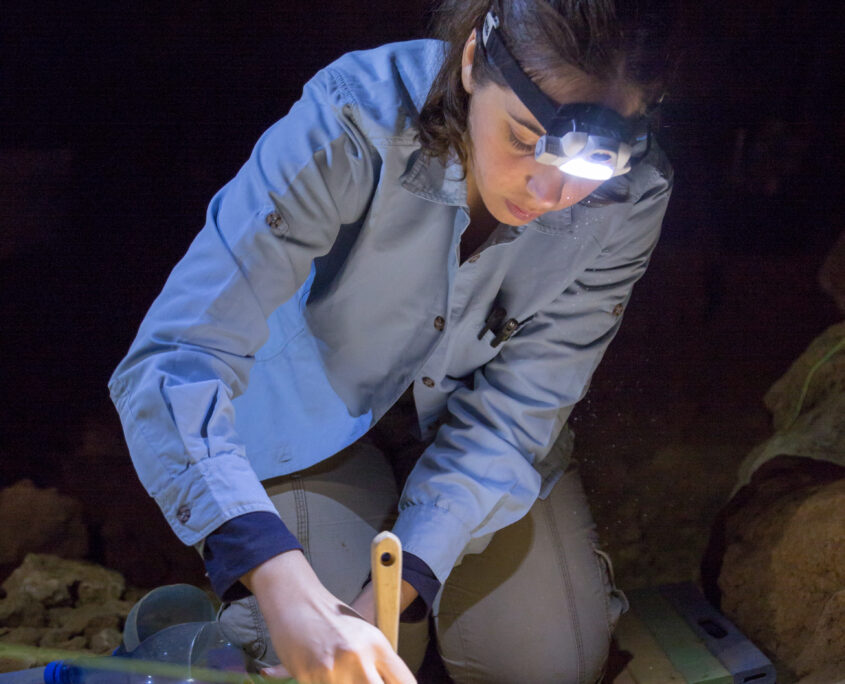 A leap of faith leads to Forrest Scholarship

Ana says she decided to “take the leap” and applied for a PhD at the Centre for Rock Art Research + Management, one of the leading rock art research centres in the world.

“I applied for a Forrest Research Foundation PhD scholarship and to my incredible surprise I was successful. I moved to Perth in March 2017 which was exciting and also challenging!

“I think living in Forrest Hall in particular and being a scholarship recipient has had a lot of positive impact on my PhD and my research because you get to meet with different people from different backgrounds and it’s a good problem solving hub as well.

“If you’re struggling with a topic or need help or you want to present to the other scholars, there’s always the space to do that.

“Bruno had stayed back in London and it was a while before he was able to come over but I joined a sports climbing club and outdoor club and took up paddling and kayaking lessons.

“Then Bruno got to Perth and last year we became parents to a baby girl, Allegra! Funnily enough she has really helped me focus – even while I was pregnant she came on research trips with me. We all love the nature and the river and the beaches in WA.” 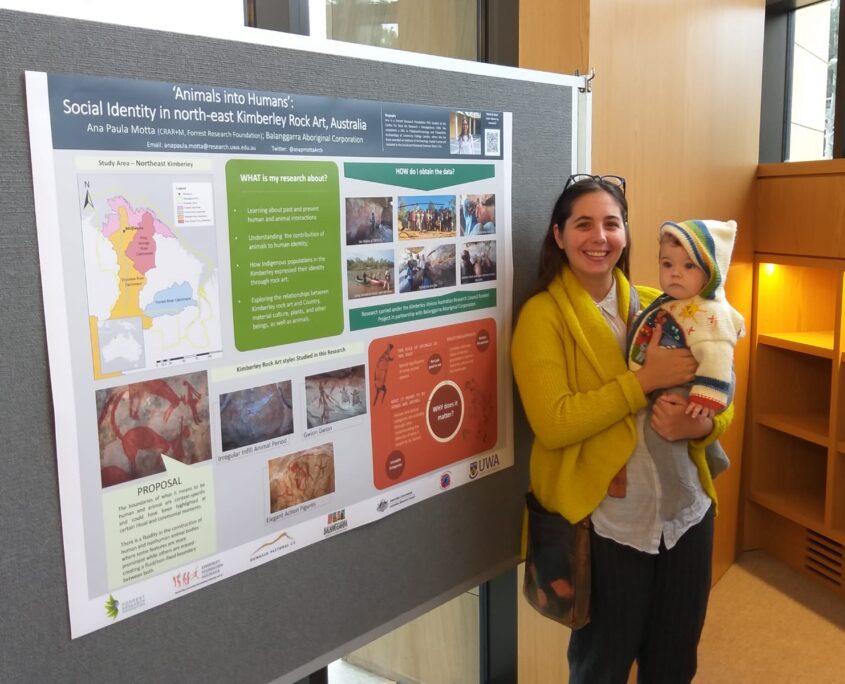 Ana and Allegra at the Forrest Hall Open Day in 2019.

A change of direction

When Ana was awarded her scholarship, she had intended to expand the scope of her master thesis, focusing on social identity and human-animal relations.

“Little did I know that my initial research questions where going to change after visiting the Kimberley,” she says. “I spent three months working there, doing surveys and recording its rock art alongside the Balanggarra Traditional Owners.

“Before leaving, I’d studied many ethnographic articles and volumes on the significance of Kimberley rock art and how animals and other species were key elements for totemism.

“When I was there, I’d listen to the Traditional Owners discuss their totems and how they would restrict their diets and establish certain bonds with Country.

“My research moved from studying human identity to placing more emphasis on relational ontologies and the identification of animals in rock art representations. In the Kimberley, animals weren’t just good to eat, but good to think about and good to live with.

“They’re part of a symbolic system that sees them as part of human lifeways. Remains of these special bonds can be found in songs, in myths and in art.”

The stories, Ana says, are hugely important in understanding how Indigenous groups of the area saw and represented other species and how this has changed through time. 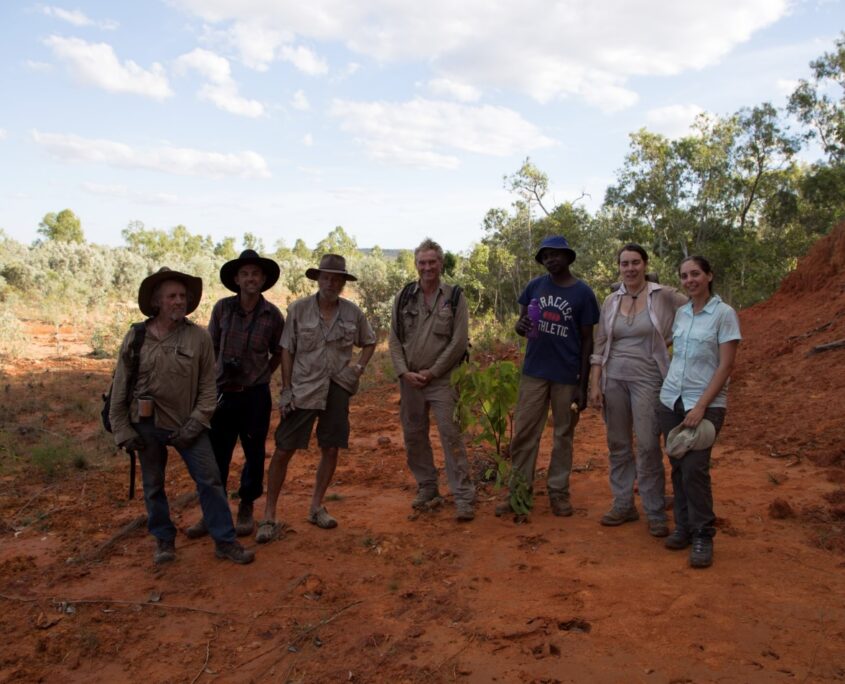 Ana (far right) at Minjiwarra site in the Kimberley in 2017.

Reassessing how we’ve categorised the past

“My research explores the contribution of animals to human identity,” she explains. “With an emphasis on scenes where they engage with each other – such as dancing and hunting.

“There is evidence animals were good to live with, humans were interacting with them, taking in emus and kangaroos when they were injured and caring for them.

“Indigenous populations all over the world have been caretakers of the environment and established significant relationships with other non-human beings for many millennia.

“Our understanding of other species has always been from a Western point of view, ignoring Indigenous knowledge and so modern definitions have been applied to the past.

“I’m hoping to re-assess the scientific categories we apply to the study of the past and highlight the relationality of the beings that have inhabited the world – bringing together Western taxonomic classification methods with Traditional understandings of animals.”

The first time that social identity is being addressed in the Kimberley region, Ana’s work is expected to have high international and local impact, influencing how identity is perceived by rock art researchers and heritage professionals. 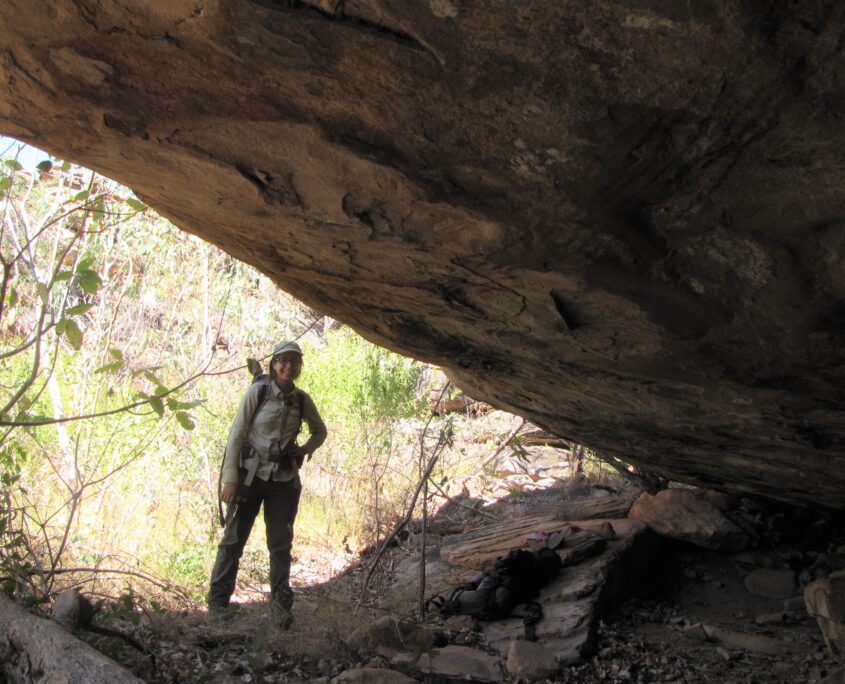 Hard at work in the King George River area in the Kimberley in 2017.

For Ana, her work also speaks to the future.

“It’s only by securing a balanced coexistence with the environment, that we can secure the future of many species, ours included,” she says.

And as for what’s next for her busy family of three, Ana thinks another move is on the cards.

“I’d like to continue with a research career, Bruno and I would both like to do post docs,” she says. “We’re considering moving back to Europe, maybe Germany or Scandinavia, because the work life balance is good. Somewhere we have flexibility to research and raise Allegra and get out and enjoy nature too.”

And somewhere, no doubt, where animals will also feature.